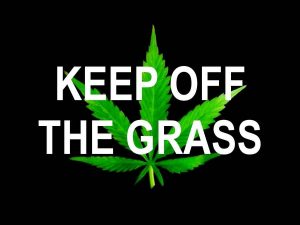 Cancer patients presenting at our cancer charity are reporting adverse effects from their use of marijuana oil.

Not only were there numerous adverse effects, none had felt any perceivable advantages.

Some described being in a hazzy fog and lacking motivation to fight their cancer.

When our medical teams advised them to cease their usage, most experienced withdrawal symptoms.

After 3-4 days, when the oil cleared their system the lethargy and depression lifted; their mental faculty faculties returned to normal again.

There are some very serious dangers associated with the ingestion or topical application of marijuana oil. Just a few of these are listed below…

It is not tightly regulated

Pesticides, bacteria and mould can affect almost any plant crop, but the lack of regulations surrounding marijuana puts users at an especially high risk.

Pesticide levels in cannabis are rarely studied, but have recently raised concerns in places like California. · In 2009, the Los Angeles City Attorney’s office tested 3 samples of medical marijuana from local dispensaries. The results showed dangerously high levels of the insecticide bifenthrin in 2 of these samples. One sample contained 1600 times the legal amount for human consumption and the other contained 85 times the legal amount.

Bacteria and mould tend to affect cannabis during the drying and curing stages of production.

A Dutch study that tested cannabis samples from 10 different coffee shops and one patient organization identified bacteria and/or fungi contaminations in all of them. The study identified a number of common bacteria toxins, including Pseudomonas aeruginosa, Staphylococcus aureus and Escherichia coli (E. Coli)

Aflatoxins · are poisonous and cancer-causing chemicals that are produced by certain moulds (Aspergillus flavus and Aspergillus parasiticus) which grow in soil, decaying vegetation, hay, grains and – cannabis.

Aflatoxins are among the most carcinogenic substances known. After entering the body, aflatoxins may be metabolized by the liver to a reactive epoxide intermediate or hydroxylated to become the less harmful aflatoxin

Aflatoxins are most commonly ingested, but the most toxic type of aflatoxin, B1, can permeate through the skin.

Organic crops which are not treated with fungicides may be more susceptible to contamination with aflatoxins.

Aflatoxin B1 can cause immune suppression, and exposure to it is associated with an increased viral load in HIV positive individuals – potentially deadly for cancer patients.

There is no specific antidote for aflatoxicosis

Like traditional Chinese medicines which are poorly regulated and therefore subject to high levels of contaminants and adulterants, (which may include Western pharmaceuticals), marijuana oil has many risks.

The pesticides and moulds mentioned above are just the tip of the iceberg and there are many other dangers I have not covered in this article.

It is ironic that aflatoxin contamination is a major problem when there are no known antidotes for aflatoxins and it is one of the most deadly carcinogenic substances.

In conclusion; the Grace Gawler Institute warns against the use of marijuana oil for cancer patients.

The patients whom we are advised to cease their usage are delighted with our advice and the resultant improvement in health.

Some patients continued to use marijuana oil and we believed this played a role in their death.

Whilst we cannot prove this suspicion we’ve had 40 years in cancer care and our hunches are mostly right.

Following the precautionary principle, as an advising cancer charity whose mission is to help patients safely navigate the complex Cancer maze, we cannot in any way endorse this practice.

As the diagram suggests… 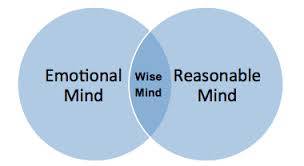 Critical thinking is a primary survival skill for cancer patients 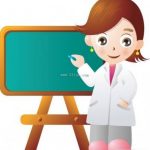