The mystique of fermented foods is pure kitchen alchemy!

The process of fermentation transforms food, changing and enhancing nutrient value; even making some nutrients more bioavailable. Vegetarians can get their vitamin B12, not present in plant foods by regularly eating ferments.

Small amounts of fermented foods made with living bacteria differs from ingesting probiotic supplements which are concentrated and contain large amounts of live bacteria that may not be naturally resident in your digestive tract.

If you are introducing fermented foods for the first time, it is essential to start with small amounts and gauge how you react.

Large amounts can cause bloating, gas and headaches. This is due to the changing over of your gut bacteria.

Japanese are masters in the art of food fermentation

The Japanese alternative to fermented foods for cancer patients:

Probiotics have taken the world by storm in recent years, the health benefits connecting seamlessly in todays’ clean living, well-educated markets. What many people don’t realise however is that there are alternatives to Probiotics and Prebiotics.

Japan has one of the largest functional food industry in the world and long been industry leaders in fermentation manufacturing. Their culture is defined by a relentless quest for perfection. The result is a clean, pure, healthy alternative to the common probiotics now flooding the market; LACTIS extract.

LACTIS meets your body’s digestive balance needs by functioning differently from a traditional probiotic, as it is designed to invigorate your own existing good bacteria to grow. Lactis achieves its functional qualities by the way it is made:

Lactobacillus Fermented Extracts is considered the next generation ingredient for digestive balance and well researched for over 50 years. 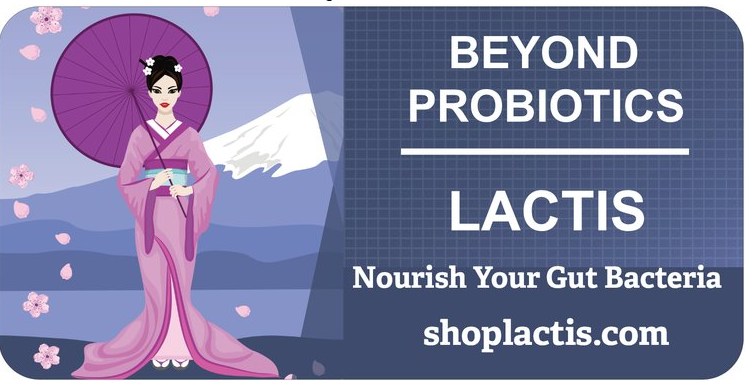 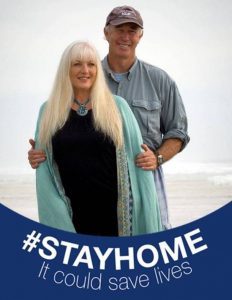 Grace Gawler Cornall and Pip Cornall, directors of the Grace Gawler Institute, share their experience with LACTIS over the last 3 years.

Since taking LACTIS, I have experienced a phenomenal improvement in my metabolism and digestion. Most remarkably, I’ve been able to eat foods that I was previously unable to digest.”

Pip: “Since taking LACTIS  my digestion has vastly improved with less flatulence. Bowel motions are more regular, with well formed stools. I no longer experience regular reflux and my taste buds seem more acute. After 3 years taking LACTIS I believe it is wise to continue.

To purchase LACTIS visit our shop.

Over 90% of our patients report positive health gains from a Japanese functional food called LACTIS.

“I have had digestive problems, including severe constipation, all my life. Now with LACTIS all symptoms have disappeared & my life is normal.”

“I usually get constipated when I travel. But; after using LACTIS this does not no longer happens. I’ve had no interruption to normal bowel function.”

“I have had intermittent diarrhoea & constipation since chemotherapy, including a lot of bloating & gas. In the three weeks on LACTIS; this has completely resolved.”

“After taking LACTIS, my bowel function improved, I have a lot less gas. Oddly I am selecting different foods from a wider range of food groups – foods I have not eaten for years. These dietary changes have positively contributed to my general health.”

” LACTIS enables me to think more clearly and I am less foggy headed after chemo.”

“Previously my stools were quite erratic. A few normal days a week versus mainly loose. They are now consistently good – six days out of seven. I feel in the best internal health ever.”

Lactis is probiotics reimagined!
Lactis comes highly recommended for gut health by experts like surgeon Dr Hiromi Shinya who designed the wire loop snare to remove colorectal polyps.
“I have performed endoscopic examinations of stomach and intestines of 300,000 people in the USA and Japan. From this abundant clinical experience it is been possible for me to understand that there is a close relationship between the environment in the intestines and health of the whole body. Once intestinal function is impaired intestinal putrefaction sits in and the toxins thus generated are absorbed from the gut into the bloodstream to be transported throughout the body. Intestinal maintenance is very important from a health point of view.”

LACTIS can be taken while undergoing cancer treatments to maximise wellbeing & reduce side effects.

Email Grace for your free eBook