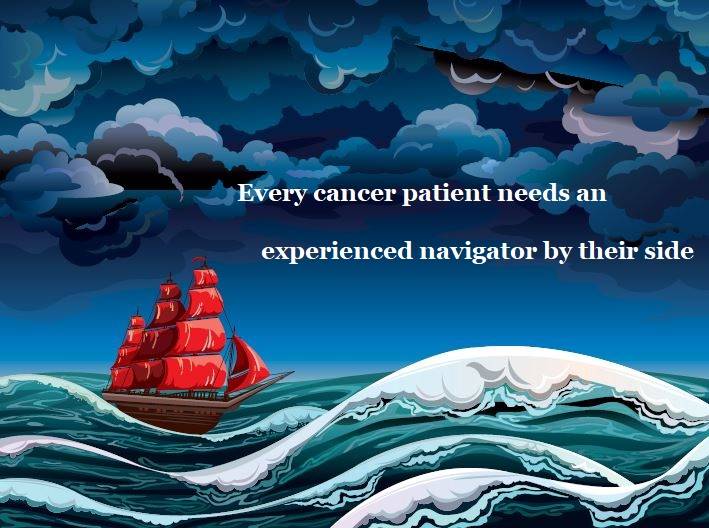 What is a cancer navigator? How is a Grace Gawler Institute navigator different to a nurse navigator? 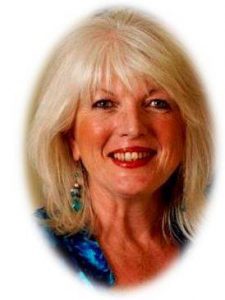 Our navigator, Grace Gawler, is a cancer expert who will guide you safely through the complex cancer maze.

Grace draws on 45 years of cancer service to help you to access the best minimally invasive treatments suitable for your cancer type.

Point of Difference: Normally the term cancer navigator applies to a nurse or trained advocate within a hospital who helps patients manage their cancer treatment journey. The Grace Gawler Institute Navigator is independent and can thus refer patients to a variety of the world’s best cancer doctors.

To better understand how our navigation service works; imagine you are the captain of a survivor ship sailing in uncharted waters – it is the most important voyage of your life. You want to be successful. As a first-time captain you enlist an experienced navigator, who, in many decades of cancer service, has successfully navigated 1000s of novice captains through the stormy cancer seas.

Our navigator sees your cancer options through a global treatment lens – giving you access to a wider range of minimally invasive treatment options than available locally. Grace liaises regularly between home country & overseas doctors to present a complete picture of you and your illness.

The navigator applies her meticulous approach to each patient’s case resulting in the minimisation of mistakes & optimal patient outcomes.

For example; in 40-60% of new cases, Grace’s team detects previous mistakes that will have hindered patient’s recovery efforts. She helps them access an accurate diagnosis.

What benefits can I expect from the Cancer Navigation Service?

Benefits: You’ll gain access to our national & international cancer medicine network which comprises some of the best cancer minds in the world. There you’ll can have minimally invasive targeted treatments with few side effects. Such a potent network of cancer experts has never been assembled before.

What is your five point Cancer Survivorship Care Plan?

How do you determine which diagnostic tests & doctors to refer to?

Knowing that accurate diagnosis is key to targeted treatments, we refer patients to the best of modern genomic diagnostic tests.
As well, over the decades, Grace has built close liaisons with leading doctors across Australia, Asia, UK, USA & EU.

Doctors are selected based on their credibility & performance results as well as research record & academic achievement.

We prefer doctors who embrace new technologies, are ‘approachable’ & will ‘go the extra mile for you.’

Why use the Cancer navigation Service - why not just source these doctors myself?

Public health systems in Australia, NZ, UK or similar countries, do their best to provide good service to the general public. However, treatments are often very fragmented – many mistakes are made.

Navigating the ‘system’ to find the best (most appropriate) doctors & surgeons can be difficult and frustrating. Government health systems are limited by resources, funding & protocols.

The Cancer Navigation Service is a boutique service and as such can help you access exceptional levels of treatment & care.

This combined with careful case management means most of our patients exceed ‘normal’ medical expectations.

As well – the complexity of cancer makes it very challenging to manage. In fact all patients could benefit from an expert Navigator who supports them through the entire process.

How can I learn more about your navigation service?

Watch the short videos on the home page.

Book a Skype Video Consultation to explore how we can help you.

How is the navigator similar to a conductor of an international choir? 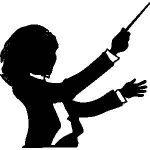 The navigator is the conductor of your total cancer care – just like an orchestral conductor who ‘coordinates’ musical experts of diverse skills. Thus the conductor has many responsibilities; coordinating instruments, musicians, music, tuning, timing, sequencing. She ensures the harmony of the symphony ‘team’ to produce a musical masterpiece.

Similarly; your navigator organises and coordinates your ‘medical orchestra.’ These include local and overseas oncologists, doctors, immune therapists, overseas treatment centres, genomic diagnostic labs, scanning, nutritional & complementary medicines. She makes sure nothing falls through the gaps and conducts the ‘team’ to produce the best medical ‘masterpiece’ for you – your health restoration.

How do I find the truth about Cancer?

What is written officially and what we, and our patients experience at the cancer coalface is worlds apart.

An alternative medicine example; although our cancer navigator, Grace Gawler, is trained in Cancer botanicals and nutritionals, in her 45 years at the cancer coalface she has never experienced a cancer cure due to nutritional supplements or diet.

A conventional medicine example; the statistics regarding side effects of chemotherapy, radiation therapy and immunotherapy as quoted by doctors and hospitals, are greatly different to those experienced by patients at the cancer coalface.

Another example; the official statistics regarding side-effects for men with prostate cancer, are very different to those experienced by patients – especially incontinence and erectile dysfunction.

Why are there such discrepancies between the promotional material and the experiences of patients? Both alternative and conventional medicine are driven by the financial imperative. While alternative medicine has little or no regulation, conventional medicine is strongly regulated. Despite this; the truth about the efficacy of treatments such as radiation therapy, chemotherapy and the new immunotherapy, and their side effects can remain elusive.

The immunotherapy example: While most of us are aware of patients extreme suffering due to chemotherapy, doctors and patients alike are excited by the possibilities offered by drug based immunotherapy. It is trending. However; it is not easy to find accurate reports about the severe short and long-term side effects that can make chemotherapy look mild in comparison.

Is there a middle path? The Grace Gawler Institute has assembled a network of cancer medicine practitioners who, not only are leaders in their field but who place ethics alongside skilled cancer care. In the few cases when ethics was neglected, those practitioners were removed from our referral network.

However, we find that 99% of patients presenting to us have harmed their recovery & undermined their cancer medicines because of injudicious use of complementary medicines.

While there are some excellent botanical supplements which can complement cancer treatments; THIS FIELD REQUIRES EXPERTISE.

We recommend that patients check with us to see if their supplements are contraindicated against their cancer medicines.

We also suggest that when naturopaths or integrative doctors have prescribed supplements to our patients we get to review their ingredients to ensure these are not contraindicated and harming your recovery.

We advise studying the pages on this website relating to cancer nutrition as well as the video tutorial page & the cancer fact checker page.

Is the Grace Gawler Institute attached to a particular hospital or clinic?

The Grace Gawler Institute for Cancer Survivorship and Research is an independent health promotion charity organisation.

We work with many doctors, hospitals and clinics both locally and overseas.

This ensures we can access the most appropriate treatment for your current condition.

For example; sometimes we help you access the best treatment for you in Au or NZ.  Other times it may be necessary to source your treatment in Singapore, Japan, Germany or other overseas countries.