Beware the potential minefield of interactions between Supplements and Medications: 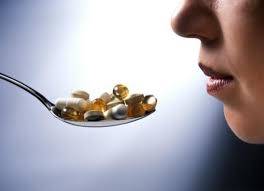 When patients understand the importance & relevance of how their metabolism can influence treatment outcomes; they are more likely to keep their healing program simple!

Failure of pharmaceutical drugs to be effective as well as excess toxicity from taking a pharmaceutical drug may not be related to the drug type or dose – but to supplements that a patient is taking or cancer “cure” diets they are consuming. This can be a significant stumbling block especially when patients either self-prescribe or take advice from naturopaths or health professionals who are not aware of the principle s of pharmacogenomics.

Researchers have found that many phytochemical constituents in natural health products have the potential to significantly alter the bioavailability, absorption, distribution and excretion of prescription drugs in the same way as certain foods by interfering with drug-metabolizing enzyme systems.

Enter the field of pharmacogenomics.

Pharmacogenomics, a science which explores people’s drug response based on their genetic make-up and lifestyle, offers clinical tests to identify many of the differences in each person’s cytochrome P450 enzymes, so that the correct drug, amount and frequency may be prescribed from the start for maximum beneficial effects with minimum side-effects. 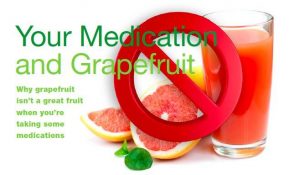 Grapefruit juice (& its compounds) are among the most extensively studied foods and beverages for their effects on the metabolism and action of prescription drugs.

But these foods’ effects are far from uniform. Just as each individual has a unique fingerprint and DNA profile, each has a unique P450 profile.

So the effect these foods have on drug metabolism varies greatly among people. In fact, There is a 100-fold variation of P450 systems among individuals, and this impacts how they metabolize drugs.

If these differences occur in the enzymes (cytochromes P450) associated with drug absorption, metabolism and elimination, the person may eliminate a drug very quickly from the body, reducing its potency and thereby requiring larger doses for therapeutic effect.

Sometimes this is trial and error; however, you can undergo pharmacogenomics tests to identify your metabolism speed and type. At worst, when unidentified; patients can experience severe and sometimes fatal reactions as well as interactions with other medications.

Keep health restoration protocols simple to avoid complex medical drug/medical – drug/drug – food/supplement interactions. Know the PGx test is your best friend and can minimise risk of the problems highlighted on this page.

Talk to Grace, our experienced cancer navigator today. Nearly all patients say it was a life changing conversation & wish they found her sooner...
Click Here
Grace Gawler
Fairlie's Testimonial :
Grace is the “missing link” in the complex world of multi discipline cancer management & treatment. Her ability to see the whole landscape of treatment & care options both nationally & internationally is unparalleled!
Read More
As someone with a recent breast cancer diagnosis, she has been invaluable in assisting me with unpacking and interpreting the myriad of differing opinion that is out there. Her depth of knowledge, broad experience base and her compassionate character, coupled with her intellectually curious and rigorous nature; make her an anomaly in the field. She is one of the few cancer practitioners that is able to integrate the many disciplines and protocols to come up with an individualised approach to a patients care that considers all their needs, medical, emotional, spiritual and nutritional. She does all this with a no nonsense pragmatism that engenders her patients with a sense of empowerment that is difficult to feel at a time like this. Her ability to bring together and collaborate with experts and practitioners from so many fields and geographical regions is a gift and I have no doubt her work will go a long way to improving the fractured nature of cancer treatment in the future. The only problem as I see it is…..we need more like her, the demand for her services is far outstripped by her ability to meet the enormous and growing need for holistic, evidence based cancer treatment and care. Fairlie – Dec 2015 – Breast Cancer: