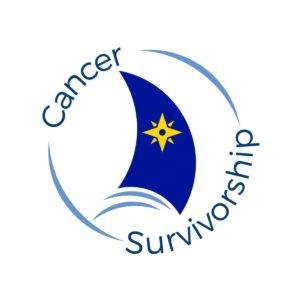 The Institute’s sole purpose is to benefit the lives of cancer patients via comprehensive cancer navigation, support & education services.

Longevity of the GGI:

We are well aware of the need to train future cancer navigators ensuring the longevity of the Institute. We have a 2-year & 5-year business plan, beginning 2017, which includes…

The GGI is a registered not for profit Health Promotion Charity with DGR Status. Registered with ASIC & bound by the rules of the Australian National Charities Commission, to whom we are responsible for accurate financial reporting/submissions.

Our charity is registered and compliant with the ACNC

She left the Charity in 1996 due the organisation’s change in direction that diverted from the (her) original founding principles.

Grace is co-founder of the Grace Gawler Institute, director, therapeutic and research director. Grace responds to all patient inquiries, consults with patients and their families and is also an author, presenter, social cancer commentator. Grace hosts our podcasts, conducting interviews with leading cancer researchers, doctors and inspiring patients. Read More about Grace

Pip is also leader of the Prostate Mates Project, the Cancer Survivor Ship events and provides support for men and boys.
Read More about Pip

Background: Jeff’s Wall Street work included sales, research and investment banking. He helped raise money for Earth Child, the country’s first organic baby food company and Aspen Systems, a legal data base provider. As an entrepreneur and marketer in the 70’s and 80’s, he brought “indoor-skydiving” to the U.S. and natural foods to movie theatres.

Now a resident of Tasmania, Jeff is a regular 3rd party advisor to the GGI but is not connected with day to running of the GGI.

Notably: Jeff became interested in Grace Gawler’s work when a friend in Australia recovered from cancer with Grace’s help. Jeff’s friend was so grateful that he helped with expenses when we established the Grace Gawler Institute in 2010.

Grace contributes at least 60 hrs/wk and Pip about 40 hours. Both take minimal wages for service. Jeff Hutner takes no fee as the independent director.

The financials are meticulously updated regularly and transparency is a priority. Financials can be viewed by members and open for public scrutiny on request.

All financial records are updated monthly with an independent bookkeeper.

Funding is sourced from:

The GGI also has open access to the Pro Bono services of Australia’s most qualified Philanthropic Lawyer, Dr Robert Kelley, B.A., J.D., LL.M., Dip. FP Centre for Philanthropy, Perth Western Australia.  Robert advises GGI as necessary on issues that arise as a result of being a NFP organisation.

A former Washington-based Lawyer, Robert moved to Perth, Western Australia in 1998, after being hired by Merrill Lynch as its first Financial Planner in Australia.

Rob established the Centre for Philanthropy in 2001. Rob took his outside the box thinking and experience as a former tax lawyer and investment adviser to develop the Centre to being the leader in the not-for-profit and deductible gift recipient sector. He is an advisor to the ATO and works with Australian government agencies and a large number of charitable bodies.

Advisory for Business and Day To Day Ethical Issues that Arise:

Professor Julie Crews: Edith Cowan University. Julie advises and is proactive in the ethical issues that arise both in the business running within the GGI as well as the ethics of involved with patients who are misled by fraudulent cancer entrepreneurs and internet misinformation. Julie is also gives her time on a Pro Bono basis.

Where necessary, GGI has access to a large number of specialist oncologists and other experts in medical and scientific research (in Australia and overseas) should opinions be required re medical and patient ethics.

When required – The GGI can call on a small group of volunteers for assistance with events or day to day work. We aim to keep overheads,including staff overheads, to a minimum – so that we function best as a Charity whose sole purpose exists FOR CANCER PATIENTS.

The GGI policy helps the GGI directors to effectively identify, disclose and manage any actual, potential or perceived conflicts of interest in order to protect the integrity of GGI and manage conflict of interest risk. Read More