Consistent with our mission; we encourage you be very well informed if considering Immunotherapy Treatment.

On this page we present credible evidence & our patient’s common experiences of immunotherapy.

Few patients are properly informed of the potential for unpredictable and/or severe side effects with drug based immunotherapy...

DO YOU KNOW IMMUNOTHERAPY IS DRUG-BASED. THUS IT CAN HAVE SEVERE & UNPREDICTABLE SIDE EFFECTS?

AND DID YOU KNOW THERE IS A MUCH SAFER FORM MADE FROM YOUR OWN TISSUES CALLED CELL-BASED IMMUNOTHERAPY?

It’s not all bad news! There is a Better Alternative:  While it can be depressing to learn of risks associated with drug-based immunotherapy; the good news is this: For many years, we have helped our patients access a safe, predictable and highly effective form of immunotherapy that is made from your own cells. Patient outcomes have exceeded ‘normal’ clinical expectations.

INDEED; FEW PATIENTS REALISE IMMUNOTHERAPY IS DRUG-BASED & THEREFORE IS NOT TARGETED FOR THE INDIVIDUAL!

AND: Few patients know that once activated by the drugs, their immune system is not easily switched off. It can attack anywhere, anytime, even years later. Steroid control is then the only option to slow it down and steroids come with their own set of problems.

Drug-based immunotherapy is also highly unpredictable; it can attack any body organ and may occur immediately or years after the treatment. When this happens; it can be life threatening (e.g. severe heart attack) but the Emergency Room doctors will not know the cause of the organ shutdown. (unless you have been issued with a immunotherapy information bracelet – used in some parts of USA)

Thus, while immunotherapy success stories are inspiring and make for positive PR; they are very much the minority. It is a significant risk given the treatment only works in about 10% of cancer cases.

Happily there is a safer option; cell-based immunotherapy.

Since our institute’s focus is helping patients access minimally invasive cancer treatments; we want them to be well informed about the potential damage drug-based immunotherapy can create; a huge risk given how few patients it can really help.

These safe and predictable treatments have no side effects.

They have proven to be highly effective with 1000s of patients for almost 30 years.

When Diane Legg began seeing black specks in her right eye, she went to an ophthalmologist near her home in Amesbury, Mass. He said she had a torn retina and needed laser surgery.

Legg’s oncologist was skeptical. He was worried that Legg had eye inflammation, called uveitis, that was caused by an immunotherapy drug she had been on for advanced lung cancer. If so, Legg needed to get a far different treatment, and quickly, to avoid vision problems or blindness.

Yet the eye doctor, sure of his diagnosis, performed the laser surgery. A few days later, when specks appeared in Legg’s left eye, it was clear she had uveitis, not a torn retina. When Legg finally got what she needed, steroid eye drops, the inflammation faded; but the specks remain, two years later. “It’s like I have a dirty lens,” she says. Her problem might have been reduced with correct, prompt treatment.

Legg, 55, is one of a growing number of wary veterans of powerful new medications that are revolutionizing cancer treatment. Her therapy knocked back her cancer, and she’s glad she got it. But the drug also gave her “almost every ‘itis’ you can get,” she said: arthritis-like joint pain, lung inflammation called pneumonitis and liver inflammation that bordered on hepatitis, in addition to the uveitis. She warns patients that highly touted immunotherapy treatments have downsides as well as benefits and to watch for complications, because “not all doctors know all the side effects.”

“Immunotherapy has a completely different side-effect profile than chemotherapy, and that has caught some physicians off guard,” said Drew Pardoll, director of the Bloomberg-Kimmel Institute for Cancer Immunotherapy at Johns Hopkins University. Doctors; including emergency-room physicians, dermatologists and gastroenterologists; “need to go back to school” to learn about immunotherapy, he says.”

It's our experience that the severity & frequency of patient's side effects from immunotherapy treatment differs significantly to the 'official' data.

Working for 46 years with 20,000 cancer patients; we frequently observe patients experience a different reality to that presented in medical journals or hospital informational flyers.

Repeatedly our patient’s experience of side effects is significantly worse than the ‘medical PR’ suggests.

The excitement & hype about immunotherapy is almost a repeat of an era decades ago, when chemotherapy was billed as the new hope for cancer patients. It goes without saying that the side effects were dramatically understated.

The truth is finally surfacing: As the dust settles, more credible studies are revealing the severity of side effects associated with drug-based immunotherapy.

Some of those are presented here on this page. Others can be found in the drop-down menu under immunotherapy on the navigation menu bar. 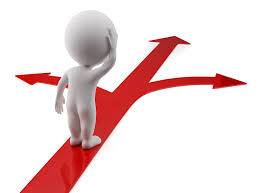 Your oncologist may not know the severity of drug-based immunotherapy side effects because they are downplayed in the literature available to them. Of course this literature is largely supplied by the pharmaceutical companies.

TRUE STORY: In a meeting with a high profile retired oncology colleague recently he said; “isn’t it wonderful that immunotherapy has few side effects.”

Our ethical, caring and honest doctor friend had served the public faithfully for over 40 years, but even he was not informed about the consequences of the new ‘wonder’ treatment.

Similarly; most (if not all) of our other oncology colleagues, be they in AU, NZ, UK or even Singapore; hold the same beliefs about drug-based immunotherapy.

In fact; they don’t even think about it being drug-based. That is terminology we use because we are aware of safer forms; such as cell-based immunotherapy in Japan; in use since the 1990s with 1000s of patients.

About 5 years ago; the first 10 of our patients, who were administered Keytruda (against our advice) all died – some very soon after beginning the treatment. This year 2020-21 – we continue to witness more deaths and horrific side effects in patients on these treatments.

Some good news: The hundreds of patients we have referred for cell-based immunotherapy in Japan; had no side effects, with blood tests showing significant repair and restoration of their immune systems. Most patients looked and felt vibrant within a short time of receiving the treatment. 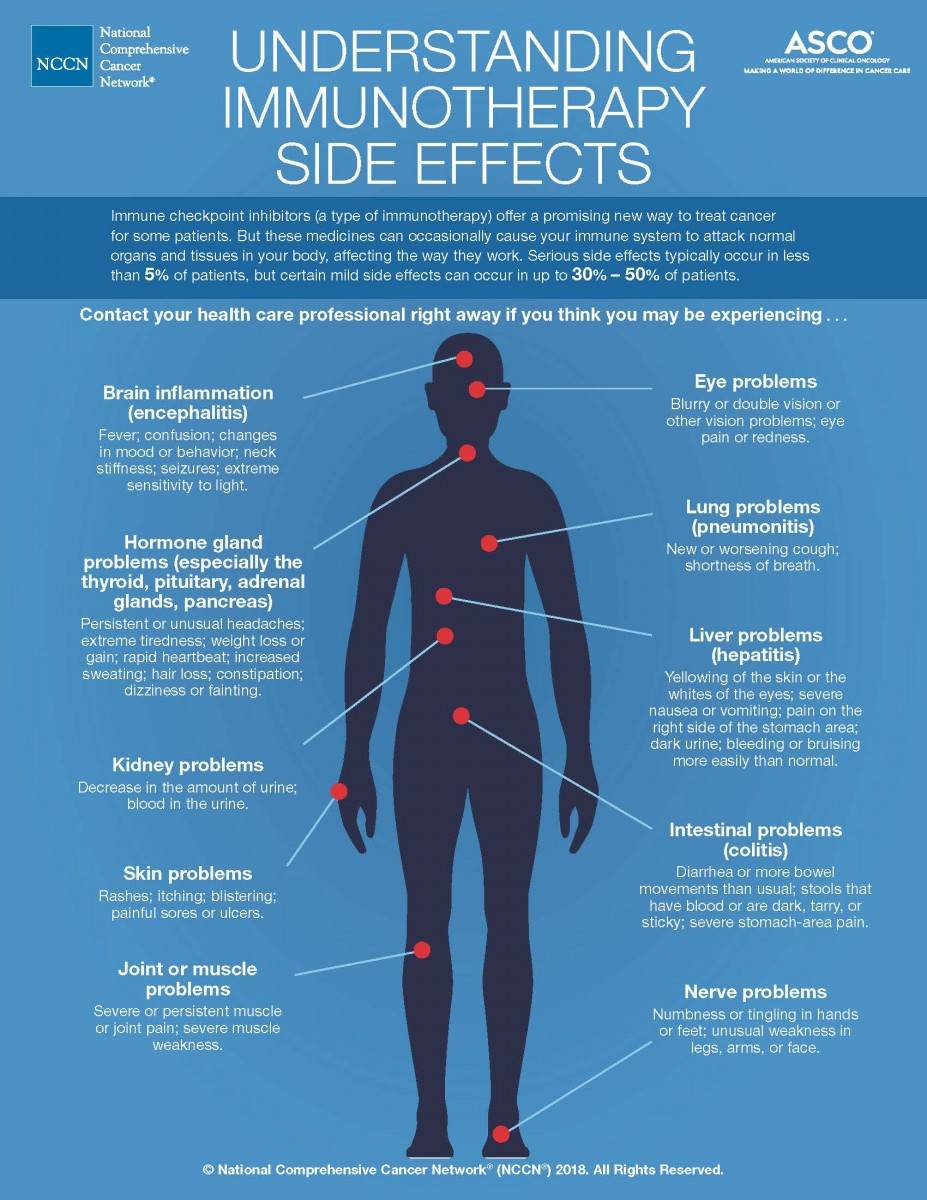 “Immunotherapy has its own dark side, with potentially severe side effects. The dark side is just an unexplored area in which we still have little data and knowledge. The meta-analysis of Zhao et al. shows that nivolumab has a lower risk of severe adverse events compared to chemotherapy, but they cannot be ignored because some can be potentially fatal.

Immunotherapy drugs, like all medicines, can cause side effects, including rare complications that, for some patients, may be life threatening.

“Side effects related to immunotherapy drugs occur frequently and can affect almost any organ in the body,” said Sarah Dubbs, M.D., an emergency medicine physician at the University of Maryland School of Medicine who has written about the side effects of cancer immunotherapy.”

“Most side effects are mild to moderate in severity and respond to treatments such as steroids,” Dr. Dubbs continued. Doctors caring for patients who are receiving immunotherapy must be vigilant, however, because some patients may develop serious health problems, she added.

As immunotherapy has become a more widely used treatment for cancer, researchers have gained insights into the side effects associated with these treatments, including some complications not previously linked to other cancer treatments.

Inhibiting the protein PD-1 can activate T cells that trigger immune responses against tumour cells. But it emerges that, in mice, this immunotherapy exacerbates a cancer that involves the T cells themselves.

Wartewig et al. showed that treatment of the T-NHL model mice with a PD-1 antibody, as would be done for patients, led to rapid and lethal proliferation of the cancerous T cells. This highlights a dangerous possible side effect of using anti-PD-1 treatment in the clinic.