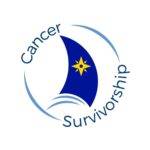 It is in your best interests as a patient to do your due diligence if recommended a new drug or a trial.

One effective way to do this is to examine the medical litigation issues associated with many of the new drugs; especially the new drug based immune therapies.
It is essential to know your risk factor before you commit. This information is offered in the spirit of informed consent.

The FDA in America: The FDA issued a warning on May 18, 2018, advising health care professionals and oncology clinical investigators about the risk that Keytruda (pembrolizumab) and Tecentriq (Atezolizumab) may lower the chances of survival when used as single therapy.

The risk appeared during clinical trials and affected patients with metastatic urothelial cancer, who have not received previous cancer treatment and who have low expression of programmed death ligand 1 (PD-L1); a type of protein.

Both Merck, which manufactures Keytruda, and Genentech, which manufactures Tecentriq, stopped enrolling patients with low PD-L1 in their tumors. The FDA indicates that there is no change so far in the adverse event profile of the two drugs. click here for article

With an unprecedented increase in clinical trial deaths there is now been a Lawsuit against the FDA:

The watchdog group Center for Responsible Science (CRS), along with clinical trial participants and the father of a deceased trial participant, has filed a lawsuit against the FDA for denial of CRS’ citizen petition, which was originally submitted in June 2014 and has since had several amendments.

Reports indicate there have been at least 153 treatment-related deaths in clinical trials in the last four years. (This figure likely omits many unreported deaths)

KEYTRUDA, an oncology treatment produced by Merck, accounted to 29 trial deaths in 2017.

The FDA approved KEYTRUDA in September 2017. Click here for the full article

The FDA has put 12 clinical trials on hold after reviewing troubling data from a Keytruda study. The agency was studying the medication for treatment for multiple myeloma. Several patients died during the study and results showed an over 60% chance of death from using the drug. click here for full article 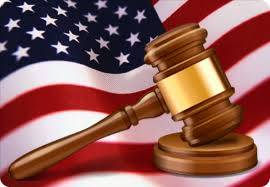 We regret that we cannot assist you even though we believe this drug has hurt many people. However we do want to help Keytruda victims.

Undeniably, it is your right to be informed about the long-term risks associated with the medications you take, and it is the responsibility of drug companies to provide this information. If a loved one took Keytruda and died, you should demand accountability.

Read More
We want to also help send a message that this is not acceptable. We are advocates for consumers who have been harmed by dangerous products, and we have the experience necessary to successfully litigate these cases.

Contact the Michael Brady Lynch Firm today for a free consultation to learn more about seeking justice. Compensation may be available for any medical expenses associated with this ordeal, as well as for your physical and emotional suffering. There is no obligation.

Be informed about side effects from other drug-based immune therapies. Recommended reading - click here