Radiation therapy saves many lives but for some patients it can come as a huge cost. As Dr Delanian says this topic is taboo. Patients should question why that is. They should also ask what else is taboo in cancer side effects. click here

Damage may be especially severe when radiation treatment has a short term goal in mind –  IE: when doctors don’t see the patients as long-term survivors.

What’s more; the radiation oncologist may never see the patient again and can be unaware when side effects manifest 2-6 months, or many years later.

As a cancer navigator & patient advocate over the last 45 years, I view my patients as long-term survivors.

Sometimes patients come to me suffering severe side effects from radiation therapy. In these cases, my role is similar to that of an auto repair person. I try to fix the damage – consequently I’ve learned a lot about the side effects and how to improve quality of life after damage has occurred.

The radiation oncologist promotes their trade craft like a new car salesman promoting the positive aspects of a vehicle; he is often disconnected from the repairs that show up later. However; an auto repair person knows more about car reliability. Similarly; the cancer navigator has a unique perspective on radiation treatments and damage repair.

Information from experts on this page is consistent with my own observations among patients I have assisted over the last 4.5 decades.

Radiotherapy can be most effective for some cancers. However patients in Australia and New Zealand are often not adequately informed about serious lasting side effects.

It pays to be be informed in order to make wise choices – it really pays to become cancer literate.

Radiation injury is commonly classified as acute, consequential, or late effects, according to the time before appearance of symptoms. 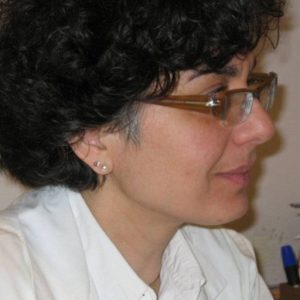 Dr Sylvie Delanian, a radiologist and oncologist at the Hospital St Louis in Paris, is one of the few radiologists around the world to research and treat the condition.

‘Long-term radiotherapy damage is a taboo subject,’ she argues.

‘Radiologists are often frightened to discuss the matter with patients in case they refuse treatment. There is also the feeling that “we’ve saved your life, now go away and live with the side-effects”.
Indeed, some hospitals seem to actively discourage discussion about the subject.

Read More
While we were investigating this article, one London trust refused to allow Good Health to speak to their specialist, while another major cancer centre barred us from a conference on pelvic radiotherapy damage.

Radiotherapy is an incredibly successful method of treating cancer, increasing survival rates by around 50 per cent. It works by bombarding the tumour or tumour site with X-rays to kill the dividing cancer cells. In doing so, it inevitably affects surrounding healthy cells.

But areas such as the bowel, lung and jaw seem to be more susceptible to long-term damage. The precise reason is not clear, although it is thought that the mucus which lines the bowel and the delicate sacs in the lung are extremely vulnerable.

Long-term damage can appear as fibrosis (an overgrowing of healthy cells as they go into overdrive to repair the radiotherapy damage) or necrosis (the death of the tissue, causing open holes or fistulas).

Around 4 to 5 per cent of all head and neck cancer patients suffer problems with swallowing or breathing, fistulas (open holes) in the jaw and gum, loss of taste and hearing.

But the problem is not unique to these cancers. Up to 10 per cent of breast cancer patients suffer radiation damage to their heart, lungs or the nerves to the arms (leading to loss of circulation and movement).

Every year, another 6,000 patients who’ve had pelvic radiotherapy treatment for conditions such as bowel cancer suffer long-term damage (including incontinence). A thousand of these patients go on to suffer even worse problems, such as intestinal failure or heavy bleeding.

It is clear that radiation damage is a significant health care issue. Yet, to date, there has been no national attempt to collate statistics that would enable any significant research work to begin. Remarkably, it is not even officially classified as a specific medical condition; nor is there any definitive information on how to deal with it.

As a result, when it comes to treating the problems, patients can be offered a mix of options. Some are treated by a urologist, others are referred to a gastroenterologist, or an ear, nose and throat expert, while women often see a gynaecologist. This means many people will go undiagnosed for months and often years.

‘It is not a deliberate cover up; but in the past, cancer medicine was all about the treatment and giving patients a chance of life. Now we must address quality of life after cancer.’ click here for full article

We know that dogma spread, even among doctors, that “nerve damage following radiotherapy is irreversible. This dogma is wrong.

We have known for long that the neurons, particularly in the nervous system peripheral in the central nervous system is complicated, but neurons have an intrinsic ability to regenerate.

At the Grace Gawler Institute we have been doing this for over 4 decades. Contact Grace to discuss post radiation repair options

Dr. Pierre-François  continues – “One of the challenges is to detect early complications of radiotherapy. And so far, this isn’t the case. In fact, the diagnosis is often late, and unfortunately, patients follow a long medical journey with multiple consultations, often with ‘disconnected’ specialists until the “complication of radiation therapy” is finally diagnosed.”

By now you can see that balanced information about severe radiation therapy side effects is hard for patients to find. However; RAGE UK – is an excellent resource with videos, informative articles & links.

R.A.G.E. (Radiotherapy Action Group Exposure) supports and campaigns for those suffering injury from Radiotherapy given as treatment for Breast Cancer.
click for R.A.G.E site 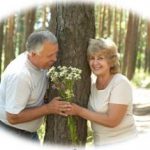 We are very experienced at referring our patients to hi-tech forms of radiation therapy which are considerably safer, more effective and have fewer side effects.

These include CyberKnife and more advanced technologies such as Proton Beam Therapy & BNCT. They have been lifesaving or life extending for some of our patients.

We referred a number of our patients who had exhausted treatment options in AU or NZ for Proton Beam Therapy overseas.

All have achieved exceptional outcomes. In the chart below you can see how proton beams do less damage to tissue than conventional forms of radiation therapy. 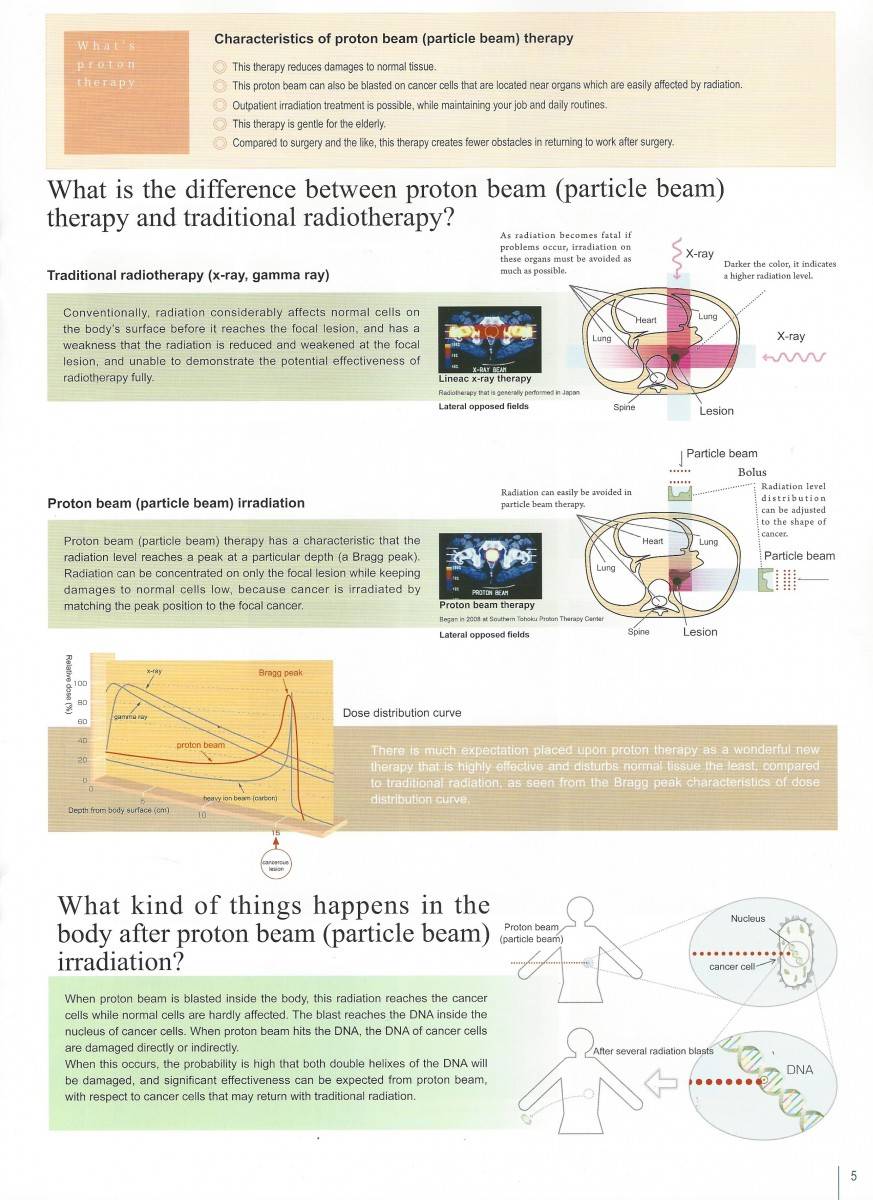 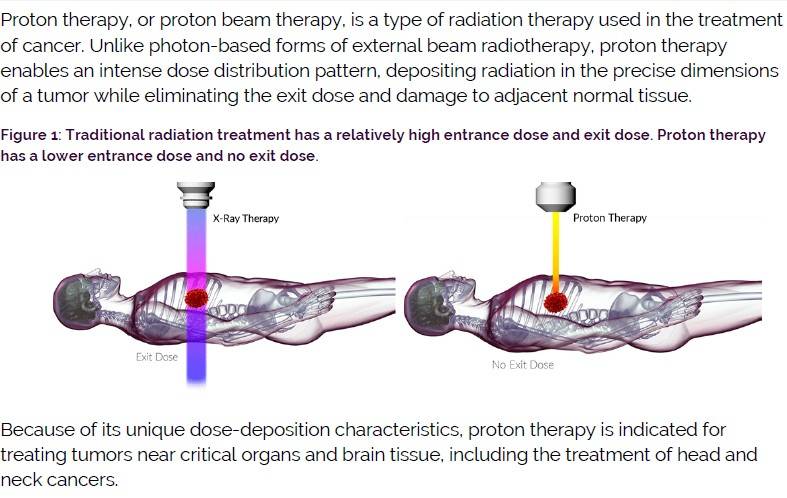 Proton therapy’s unique ability to leave surrounding healthy tissue relatively undisturbed contributes to a number of benefits to individuals with head or neck cancers. These include reduced damage to the eyes and optic nerves, preservation of sight, reduced damage to the auditory structures, preservation of hearing, and reduced dry mouth, which can cause permanent tooth loss and difficulty eating, resulting in malnutrition.

External beam radiation (traditional) therapy to the head and neck is associated with acute and late toxicity. Complications and side effects may affect patients from the time of treatment through the many years following. Proton therapy, conversely, has been shown to increase patient quality of life measures during and after treatment by limiting out-of-field doses, thereby reducing or eliminating side effects.

Common side effects of traditional radiation therapy include mucositis (which can lead to malnutrition through severe pain and difficulty when swallowing), xerostomia, and dysgeusia. These conditions can then lead to hospitalization and treatment interruptions, which may adversely affect disease outcomes. Additional treatment-related benefits of proton therapy include a 50% reduction in the need for a feeding tube during treatment as compared to those treated with traditional radiation therapy.

Proton therapy’s unique ability to leave surrounding healthy tissue relatively undisturbed contributes to a number of benefits to individuals with head or neck cancers. These include reduced damage to the eyes and optic nerves, preservation of sight, reduced damage to the auditory structures, preservation of hearing, and reduced dry mouth, which can cause permanent tooth loss and difficulty eating, resulting in malnutrition.

Patients treated with proton therapy report significantly less head and neck pain, fewer problems with xerostomia, and lower rates of post-treatment dental problems than those treated with IMRT.20 Proton therapy has also been linked to increased preservation of sensations, secretions, taste, and range of motion.

Of concern to long-term cancer survivors are secondary malignancies — at present, 17-19% of primary-malignancy survivors develop a new cancer in the months or years following radiation or chemotherapy treatment.

While out-of-field doses of photon therapy can increase a patient’s risk of developing secondary cancers later in life, proton therapy has been found to reduce the lifetime risk of radiation-induced brain cancer to approximately 0.01%.

Its improved dose targeting allows nearby organs such as the salivary glands, larynx, and esophagus, to be spared from treatment dosing. This superior method of dosing, along with reducing toxicity, also decreases the risk of recurring or secondary radiation-related cancers.

“Cancers in the head and neck area are usually close to several critical organ structures. Traditional external-beam photon radiation therapy unavoidably exposes these structures to significant doses of radiation, which can lead to serious acute and chronic toxicity. Intensity-modulated proton therapy (IMPT), however, has dosimetric advantages that allow it to deposit high doses within the target while largely sparing surrounding structures”.

Further, in a dosimetric comparison between treatment IMPT plans and theoretical IMRT plans in this study, 87% of cases showed proton therapy to be more advantageous for organs at risk. Other non-comparative observational studies of paranasal sinus and nasal cavity patients indicate an improved overall survival rate for patients treated with proton therapy compared to IMRT. Moreover, disease-free survival rates are significantly higher for patients treated with proton therapy.

BUT – apart from the known side effects of chemotherapy; the following PDF highlights little known information about how chemo can spread cancer cells, leading to more advanced tumours.