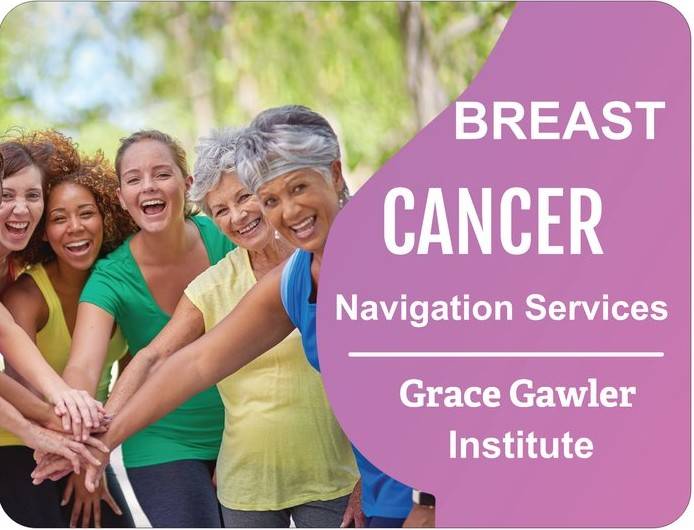 I was shocked when diagnosed with triple negative breast cancer – a high grade carcinoma with lymph node involvement.

The doctors said that my cancer was locally advanced with several lumps evident on scans throughout my breast. I had only found one lump which I ignored for several months before seeking help. When further suspicious nodes were found I began to lose hope.

I was lucky they said as my cancer had not metastasised anywhere else in my body it was localised in the breast and lower nodes. I was told that these types of tumours (TNBC) are often chemo resistant and there were no guarantees that even with radical treatment that I would be OK.

Despondent with my poor prognosis, I was even more fearful when many doctors said that because I was young, 40 years old, my cancer was likely to be extremely aggressive and fast growing. There were no hormone treatments.

I was advised to have chemotherapy prior to an advised double mastectomy and was prescribed a usual protocol of 18 weeks chemotherapy – Taxotere, Adriamycin and Cyclophosphamide. (TAC)- It was tough going, but I got through.

After chemotherapy they could find no evidence of the tumours.

Then the next treatment; a double mastectomy. The surgery confirmed a complete response with no residual microscopic disease.  Things began to look rosier. When recovered, then came six weeks of radiation therapy. My body felt like a war zone. I was exhausted and traumatised especially with the extra demands of a young family to raise. I asked myself “Should I rest on my laurels” take time out and watch and wait as had been advised.

I am not good at watch and wait so I decided to become proactive being aware of the ongoing risk of recurrence and the impact of side effects that were already plaguing me.

My inflammatory markers were high, and I had constant joint and muscle aches. I found the Grace Gawler Institute which was a turning point. I soon became a client. I had no idea of the huge range of possibilities that awaited me.

As a navigated client of the Grace Gawler Institute, I was prescribed complementary medicines and was referred to a qualified overseas clinic for whole body hyperthermia. Then I travelled to the Institute’s recommended specialist cancer immunologist in Japan.

I underwent a series of personalised cancer vaccines made from my own immune cells. I have returned every year for treatment and a holiday with family. With the advice and support from Grace, my health improved dramatically, my fatigue melted away as did all my aches and pains.  I had turned a significant corner in my healing and wellbeing.

Update: It is now 2021. My remission has continued, and my health is beyond expectations. My kids are now teenagers and I know I will be around for them and see their birthdays and graduations and one day hopefully grandkids.

Early in 2015 at 54 years of age I underwent a lumpectomy and chose not to have follow up treatment. My breast lump was relatively small, and surgeons said they had performed a wide excision and although they recommended, I follow up with either chemotherapy alone or radiotherapy or both to be sure. Under the microscope my small lump was a triple negative breast cancer. A positive thinker, I’d always had an ethic of following natural and lifestyle medicine and I was prepared to take the risk of getting on with my life and leaving cancer behind me.

I travelled overseas for a holiday, but although I did not mention to anyone, nagging fears began to plague me; fears about the cancer coming back. Those fears caused me to decide whilst I was in Europe that I would undergo a course of treatment at a German Cancer clinic where I had a few treatments including whole body hyperthermia to help prevent a recurrence. I took supplements prescribed by a naturopath and German doctor. thought little About breast cancer when I returned to Australia.

I thought I had done all the right things however there was one word that had not been explained to me or I that had not heard or understood. The word lympho-vascular invasion. When added to TBNC, this turned out to be the reason why follow up chemotherapy and radiotherapy was recommended after my lumpectomy.

2016 Recurrence! My heart sank. This time not only one lump but several were found and according to pathology reports, they were all related to the previous lump.

I was devastated because not only had my cancer recurred with a vengeance, but my life ethic of curing cancer naturally was shattered. I was ushered into the world of conventional cancer medicine at speed with hardly time to think.

Nevertheless; I was told that triple negative breast cancers often don’t do well with chemotherapy and if they do, it may only be for a short time before another recurrence. Fear and anxiety began to dominate my life.

A friend suggested I consultation with Grace Gawler Institute. I had a videocall with Grace Gawler was surprised when she told me that debulking the cancer with surgery and mopping up stray cancers with chemotherapy was the best way.

She told me that because my cancer had spread in my breast and lymph glands but was nowhere else to be seen on scan; that this was the best course of action.  This was not what I was expecting – not what I had read on the internet about curing cancer. I don’t know much about cancer, but I was trying to fight it.

It seems a crazy thought now; thinking you can fight something when you don’t even know what it is. I had adult kids and I wanted to see my grandchildren grow up and I thought constantly about all that stuff you think you will miss when diagnosed with cancer again.

Grace assured me that conventional treatment would not be easy and still there were no guarantees, but she would help me to give it my best shot. Before surgery she mentioned there was a Cancer immunologist in Japan who was helping many of her patients with a special kind of immune therapy made from their own cells. I liked this idea and I asked her if she could help me to organise a trip to Japan after my treatment had finished.

She said that I could do even better and sent a request to my surgeon to have some of the infected lymph nodes removed and sent to Japan for a personalised cancer vaccine. I’m not sure of all the behind the scenes arrangements but somehow grace made it happen. From that day on there were a lot of video calls and emails as she guided me through the process.

That’s all in the past now, I have been to Japan four times for my cancer vaccine treatment.

Update: I am still in remission four years later Jan, 2021. I’m grateful for being alive and well and to all my doctors but especially to Grace for the role she played in my recovery. I hope that my story can encourage others and that they can learn from it.